To engage constituents and provide open and transparent communication.

You can scroll the shelf using ← and → keys

I am extremely proud to share this news about some inspiring individuals in School District 81.  Six of our students from Kennedy School participated in a St. Baldrick’s fundraiser on March 8 at Hanging Gardens Banquets in River Grove.

This was the second year participating in a St. Baldrick’s event as a “shavee” for Team Captain, Johnny Blomquist.  Johnny said the event was so life changing that he was motivated to recruit some of his buddies and a group of supportive adults to join his own team this year.  Johnny’s team raised over $17,286!

This cause was very special for our Kennedy family.  Johnny’s team honored one very special little girl, first-grader, Kaya T., a classmate of Johnny’s sister who is still receiving treatments for the cancer diagnosis that she was given in 2011.   Kaya is in remission now, and as you can see from the pictures below, she is a beautiful child full of life!

I look at the pictures of Kaya and her friends and family, these caring boys, and the Kennedy staff who were there to love and support their students through this cause, and I am overwhelmed with pride and so inspired by the courage and compassion of these special people. 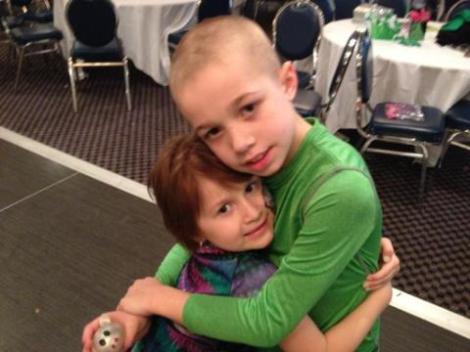 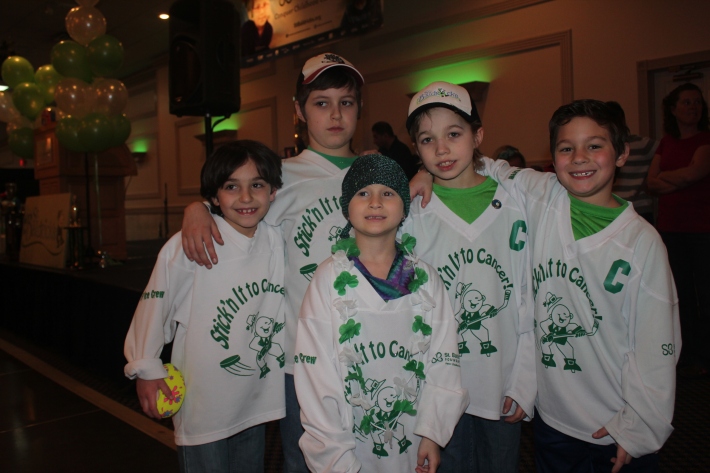 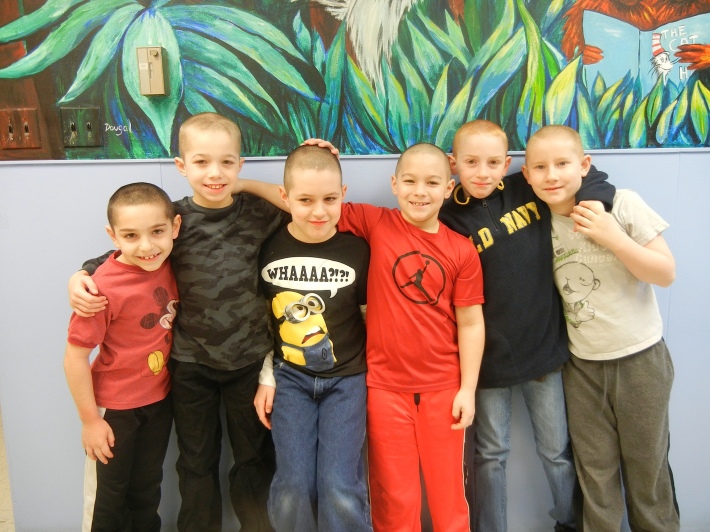